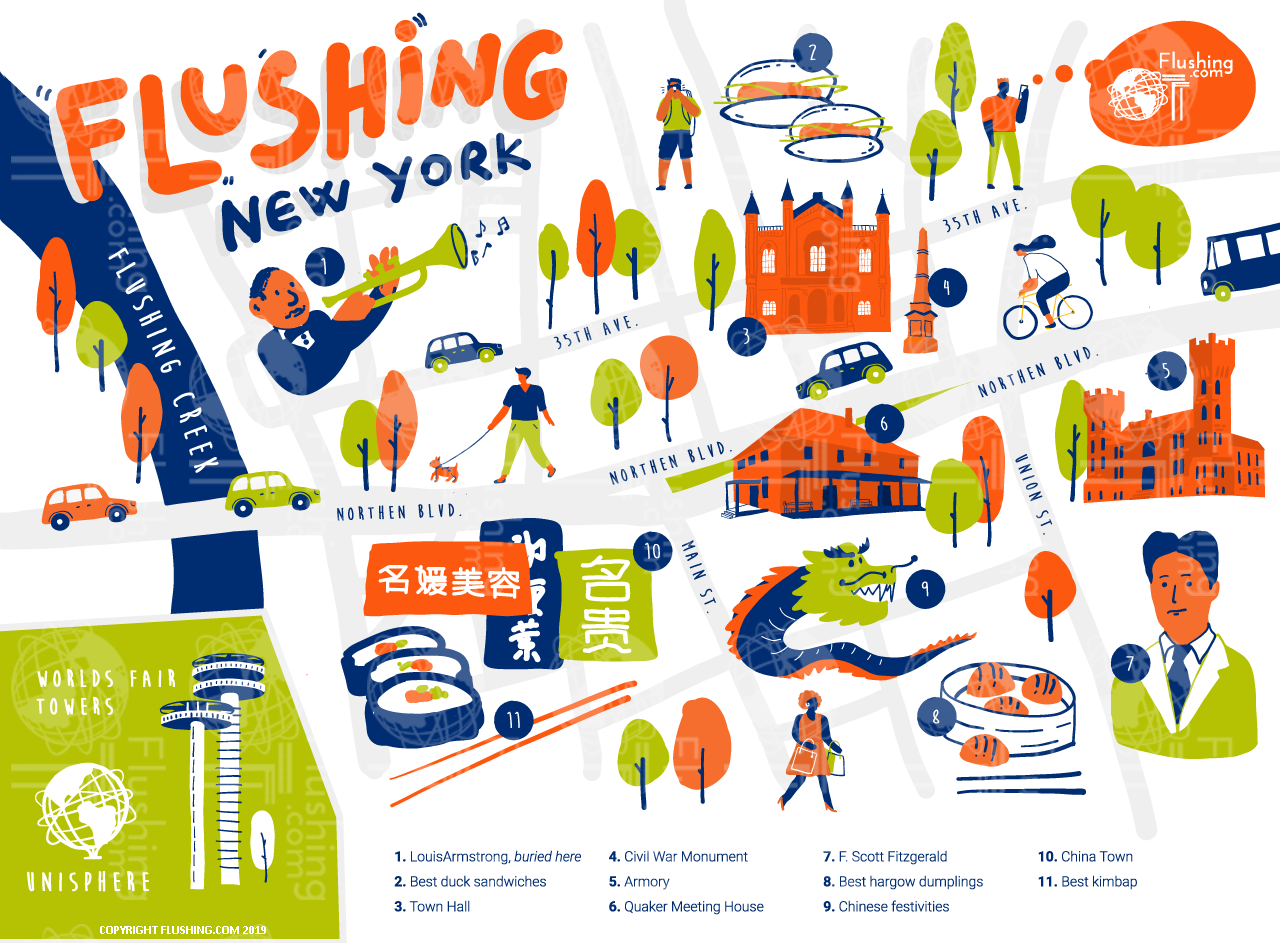 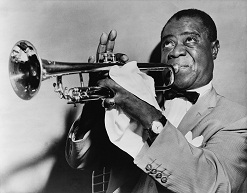 One of Queens most famed celebrities is the New Orleans born trumpeter. Against his doctor's advice, Armstrong played a two-week engagement in March 1971 at the Waldorf-Astoria's Empire Room. At the end of it he was hospitalized for a heart attack. He was released from the hospital in May, and quickly resumed practicing his trumpet playing. Still hoping to get back on the road, Armstrong died of a heart attack in his sleep on July 6, 1971, a month before his 70th birthday. He was residing in Corona, Queens, New York City, at the time of his death. He was interred in Flushing Cemetery, Flushing, in Queens, New York City. 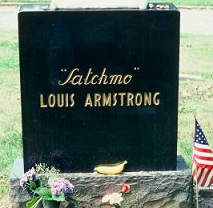 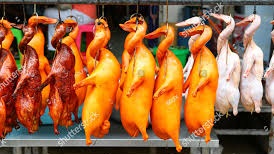 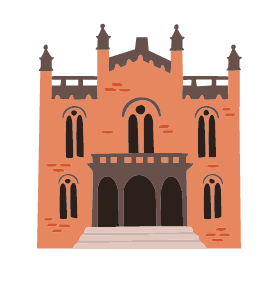 Flushing Town Hall is a historic Town Hall located on Northern Boulevard at Linden Place in Flushing, NY. The building was built in 1862 and served as the seat of local government for the village of Flushing, established as Vlissingen in 1645, until the consolidation with New York City in 1898. The architecture style of the building originates from Germany, called Rundbogenstil ("round arch style"), and was used here and in a number of American buildings of the Civil War Era. Today the building hosts public and private events. 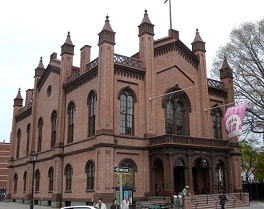 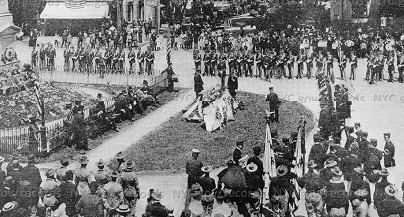 Erected in July 1866 and still standing today on Northern Boulevard in Flushing. The inscription on the monument reads: "Erected in memory of the patriotic volunteers from Flushing who sacrificed their lives in the war for the preservation of our union 1861 - 1865". The names of the dead are inscribed on the sides". 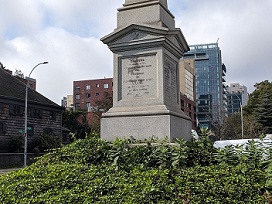 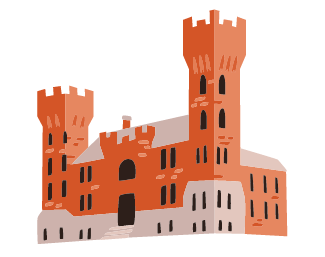 The Flushing Armory is a historic National Guard armory building located in the Flushing section of the New York City borough of Queens. It is a brick and stone castle-like structure built in 1905–1906, designed in style to the medieval military castle structures of Europe. It was designed by New York State architect George L. Heins. Today it houses the NYPD's Strategic Response Unit. 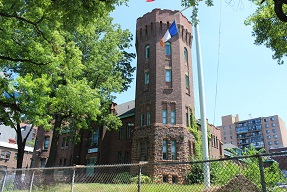 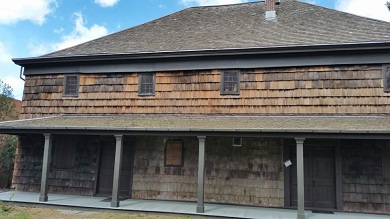 The Old Quaker Meeting House was built in 1694 as a small frame structure on land acquired in 1692 by John Bowne and John Rodman in Flushing, New York. The first recorded meeting held there was on November 24, 1694. The Quakers, coming from the Netherlands, settled in the area in 1657 and meetings were held in people's homes until the Meeting House was built. 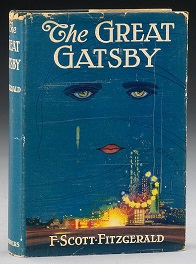 Although F. Scott Fitzgerald's great novel “The Great Gatsby” never explicitly references Flushing as a setting locale, scholars still associate Flushing NY with much of the books action. This is because it was Main Street in Flushing off Northern Boulevard that was a likely real world experience of focus for Fitzgerald as he traveled between Manhattan and his Great Neck home. For it was in this area of Flushing that the climactic action in “Gatsby” indisputably occurs; the killing of Myrtle Wilson in front of her husband's gas station. Fitzgerald himself doesn't mention Northern Boulevard or Main Street but a mapping from the 'Valley of Ashes', between East Egg and West Egg, evidences with strong certainty that Fitzgerald had Flushing in mind throughout his writings. 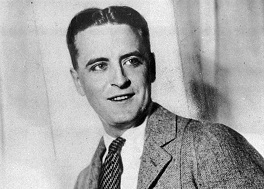 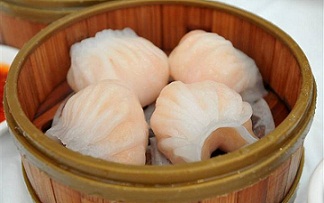 Har Gow (Dim Sum Shrimp Dumplings). At dim sum houses, the server with the steamed crystal shrimp dumplings, commonly known as “xia jiao” or “har gow” in Cantonese, is always the most popular person on the floor. 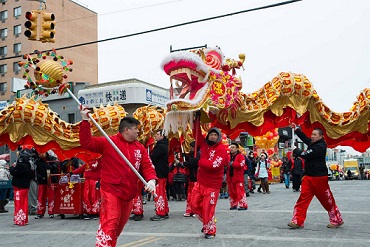 An annual Chinese New Year's parade celebrated in the heart of downtown Flushing. The parade seems to be getting bigger and bigger with each passing year with hosts of decorative flotillas, legions of costumed people, and more dragons then you have ever seen in your life. 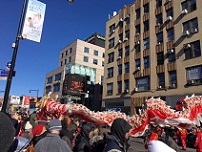 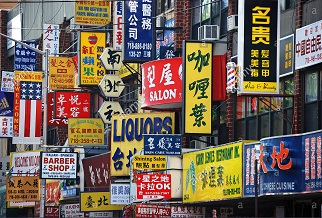 The Flushing neighborhood of Queens rivals the downtown Manhattan neigborhood known as China Town for the leading center of Chinese culture in New York City and along the East Coast of the United States. Although there is no designated China Town per-se in Flushing, the geographic area extending out of the intersection epicenter of Main Street and Roosevelt Avenue sports the most Chinese cultural business activity in the New York area. The area of Flushing easily eclipses downtown Manhattan's China Town in terms of geographic scope and daily business activity. 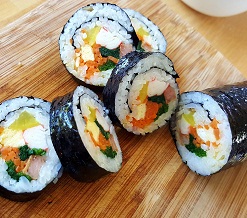 Kimbap (or Gimbap) is a Korean dish made from cooked rice and other ingredients that are rolled in dried sheets of seaweed. Kimbap looks a lot like sushi but is of Korean origin. Traditional fillings for kimbap include seasoned vegetables, egg, meat, and/or imitation crab, but these days anything goes. Popular Kimbap now can be found with tuna, squid, bulogi beef, or pork bellies.